Free Shipping on Orders above 1000 INR

No products in the cart.
₹0.00 Cart
Login

An Impression in Time- Dhokra Craft of Chattisgarh

A craft that dates back to the Indus Valley Civilisation, Dhokra has survived centuries through a lineage of great artisans clustered predominantly in the hinterlands of central and eastern India. It is based on the lost-wax casting technique, which involves using a mould for creating brass sculptures. A standardised yet complex process, performing Dhokra calls for total commitment from not one, but from all the members of a family. There’s no gender gap, no age limit, just immense admiration towards a craft that has given them a global identity.

Dhokra features in the ‘Bronze Age’ collection of Swarang Designs. And, as is the case with all things authentic, one has to reach the heart of the craft to get one’s hands on the most genuine, unadulterated version. We found this wellspring in the remote regions of Chhattisgarh, in a small town called Sarangarh. The nearest airport is in Raigarh, after which it’s a 2-hour long drive to the town. Once you’re there, you’ll be welcomed by colonies sitting amidst green lush on both sides of the road, separated by farmlands and housing families who work hard every day to produce enchanting artefacts from scrap.

Yes, Dhokra artisans purchase scrap brass that is put into moulds to make the final pieces. However, creating these moulds is a tricky process in itself. Sand and clay from the river beds are used to develop the core of the mould. Once the core has dried, pure beeswax, or its mixture with pitch, is spread all over the core. Skilled hands create intricate designs on this wax, and then the whole thing is covered with a thicker layer of clay, leaving a funnel on the top. This mould is now ready to be put into a furnace.

Around the same time, the scrap brass is also put in a different furnace. These furnaces are small holes dug in the ground, but they get hot enough to melt the brass pieces. Upon heating, the wax in the mould gets drained through the funnel. Now, when the moulds are ready, the molten brass is poured into them, with the brass taking place left by the wax. The mould is left undisturbed, though often sprinkled with water so that it cools down fast. And once that it has, the mould is broken to reveal the Dhokra artefact. It should be noted that the mould is destroyed, meaning that it will have to be prepared again from scratch. This whole process takes anywhere between 15-30 days, and this is what makes Dhokra so special- no two pieces can ever be identical.

The sculptures are inspired by the daily life of the tribal artisans. Thus, most of the Dhokra craft is based on tribal figurines, depicting a dance or a hunting scene, and on animals, while also featuring intricate tribal patterns. These sculptures are then couriered to the Swarang Designs’ workshop in New Delhi, where they get plated with gold for an enhanced premium appeal and to keep the brass’ shine for long. And, since there can be unintended inclusion of other metals in the scrap, the plating sometimes augments the sculpture with a striking sheen, and sometimes with a subtle matte finish.

As they are made of brass, Dhokra artefacts are naturally on the heavier side. It was a challenge for us to ensure that bags don’t get too heavy to carry, and the authenticity of the craft is not compromised while introducing them successfully to the modern fashion scene. This required heavy brainstorming and going through different Dhokra elements, including handles, lanterns, intricate jewellery, etc. until we finalised the ones for our collection.

In the end, Dhokra may well be a laborious craft, but it’s worth the pain for the livelihoods it sustains. The passion runs deep within the close-knit community of Sarangarh, with the craft transcending multiple generations as it continues to be the voice of expression for the brilliant artisans.

Adding Bling To The Festive Season With Timeless Accessories

It’s the festive season, which also means it’s time to stand out from the crowd. But with every passing year, it has become increasingly difficult to prevent yourself from being a shopaholic on the pretext of Diwali and weddings. In a day and age where every mega sale is swallowing you in a  sea of 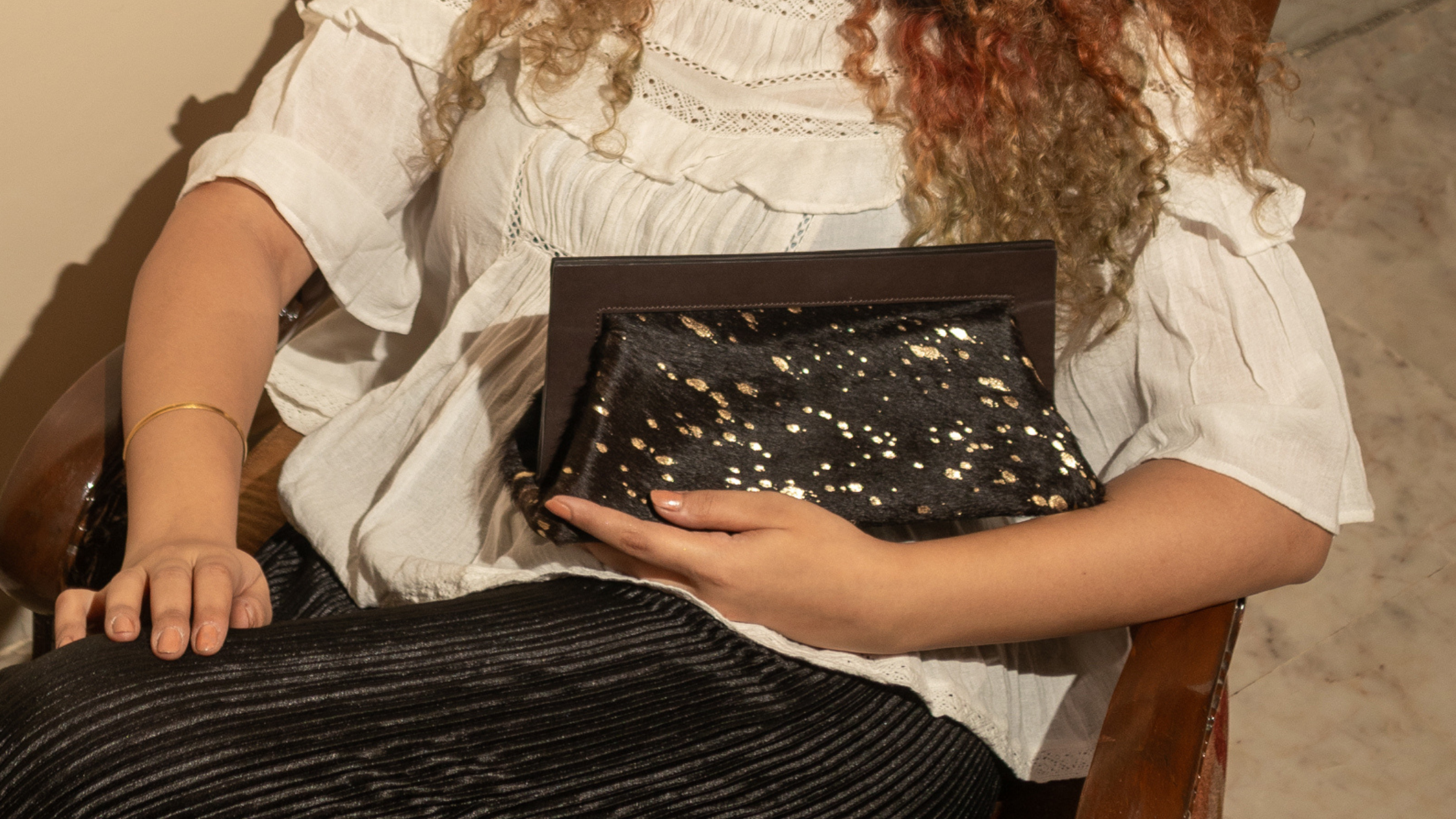 5 ‘Must – Have’ Handbags for Every Woman

It’s true that a handbag is perhaps, a woman’s last secret place. It is where we store items that can range between everyday indispensables to intensely personal in terms of definition. Across various cultures and along different timelines, a woman’s handbag has been a subject of great interest. And for good reason! If you really

How To Treat Your Bags Right : An Easy Guide To A Daunting Task

Anyone who’s invested in a luxury bag knows the importance of taking care of your prized possession. Yet, neglecting the upkeep of your handbag is something that everyone’s guilty of. Ironic, but true! This may be because at times we genuinely don’t know how to take care of our precious pieces. That’s why, we’ve made a

Why Investing In A Swarang Bag Makes Monetary Sense

Swarang designer bags are designed to relay a story which makes them distinctive, therefore, investing in one of our intricately designed bags can truly enrich and transform your ensemble.   They say that the first thing someone notices in a man is his shoes. For a woman, it’s the handbag she carries. Whether it’s a